Having a fantastic life happens on purpose

I help female entrepreneurs rewrite their stories. Why? Because it’s time for us to become strong, resilient, brave women who are ready to take on the world and show up with boldness & grace.

What is a boss babe?

Boss Babe is a mindset. You don’t have to own a business or be a female CEO to be a boss babe! You can be a boss babe in your own right and in your everyday lifestyle.

As women, we know that we face crazy challenges each day.

We’re trying to balance business, home, school, work; we’re not sure how to feel comfortable in our own skin, and we generally have ourselves last on the list of who to take care of.

My specialty is helping women like you reevaluate where you’re putting your energy so that you can design a life you love.

We’ve heard the statistics before …

My courses & products help you

shift your confidence so that you can uplevel
in life and business without feeling overwhelmed.

See the Course
Elizabeth is a go-getter who is incredibly organized and disciplined. These traits along with her cheerful personality make her a delight to work with. Her creative ideas and expertise in the beauty industry make her the perfect candidate as a panelist, host or MC.
Elizabeth has the know-how and integrity that makes her the perfect mentor for any female who wants to learn more about business and confidence. If you’re a woman who wants to grow in every area of your life, you want Elizabeth’s guidance. 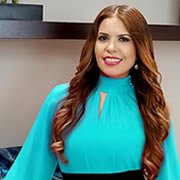 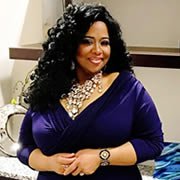 With an impressive career in beauty that spans over 20 years, Elizabeth recently celebrated the 17 year anniversary of her salon, Elizabeth Anthony’s Salon. A multicultural, full service, Paul Mitchell Focus Salon in Allentown, PA.

With a love for fashion and runway, Elizabeth has spent the past five years in New York City styling the runway. She has styled in such venues as The Brooklyn Museum and Madison Square Garden.

Her recent credits include the Style the Runway beauty team – The Runways NYFW for Project Runway winner season 17, Sebastian Grey. Other credits include:

As well as a full-time position in her own salon, Elizabeth continues her work in New York City for various photoshoots, magazine shoots, and runway shows. Elizabeth currently serves as the lead hairstylist for International Fashion and Arts Week, Unique Blend Models Fashion Week, and Le Coiffeur Styles the Runway. Elizabeth also serves as a member of the Beauty team for New York Summer Fashion Explosion.

A published hairstylist, her work has been featured in magazines in PA, NJ, and NYC and in print as far as Costa Rica (Hola Central America) and Jamaica (The Jamaica Observer). She also has been featured in Lehigh Valley Style Magazine as a “Woman of Style” (2014, 2017, 2018)

In 2017 she added a movie credit to her resume with the film Getting Grace, filmed in her hometown of Bethlehem. In 2018 she became the recipient of The Lehigh Valley Golden Latin Award for Salon of the year! In 2019/2020 Elizabeth had the honor of being on the cover of Mujer Lehigh Valley La Revista, a Spanish language magazine that inspires and educates the Latina community!

Further expanding her reach in beauty, Elizabeth has served as a judge in several beauty pageants, including the Miss Grand International Pageant and more recently as the Presidential Judge in the Coronation of the Dominican Queen Pageant in Hazleton, Pennsylvania.

Elizabeth has a heart for her community and the people in it! When she’s not doing hair, she is usually guest speaking, or volunteering her time to mentor and motivate women and girls.

Making people look and feel great is her life’s purpose!

Elizabeth is very passionate about people, especially women, finding their confidence, and developing a love for themselves and who God created them to be!

Look for Elizabeth in the upcoming edition of Mujer Lehigh Valley, where she will share more of her story and her keys to success!